Art competition, quiz competition were some of the programmes organized on Saturday 7th Oct 2018 by Association for Biodiversity Conservation and Research (ABC) at Fakir Mohan Primary school premises in chandipur, Balasore to mark the Wildlife Week 2018. In which large number of students from different schools participated. Students painted attracted design displaying the importance of wildlife and their conservation. The painting, drawing and Quiz competition on the theme ‘Marine Biodiversity Conservation “attracted the most number of participants. Drawing competition under two categories senior, junior level were held on topics – Importance of  marine bio diversity Similarly, in Quiz competition the topics – Forest  and Marine ecosystem.

Speaking on the occasion as the chief guest, B. R. Panda, DFO, people of the region to protect and preserve the environment as well the wildlife in these habitats.
Stating that massive degradation of natural resources, forest and wildlife are taking place in the region, it is the concern and responsibility of every citizen to protect and balance the eco-system and food chain in the region, he said.

Delivering his keynote address, CLP Project leader Dr. Siddhartha Pati, Executive Director and Marine Biologist at Association for Biodiversity Conservation and Research (ABC), highlighted the importance of organizing this programme which aims to motivate and generate interest of wildlife and Marine Biodiversity preservation and conservation among students and local community in the region through various awareness programmes. Speaking on the occasion Reader Gobinda Chandra Biswal said that ABC is the forefront in promoting the wildlife and conservation awareness programmes and thanked all the participants and local community in this awareness programme and making it successful.

Mentioning the activities of some children who are using sling slots or catapults for hunting small bird and marine animal like horseshoe crab, Turtle in the vicinity, Artist Kesu Das reminded that these activities though ignorable in nature can lead to destruction of the population of those biodiversity in the area.

Speaking at the event, Professor Bisnu Prasad Dash from Fakir Mohan University talked about importance of Marine animal Like Horseshoe crab, Sea turtle, their behaviour, favourable habitat and other aspects of their lives. Special attention needs to be given to big cats and their other species to protect them and contribute to their conservation in future, he added. 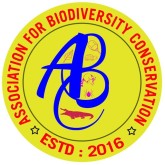 Association for Biodiversity Conservation and Research

With a strong commitment for the qualitative and quantitative improvement of the pristine beauty of the nature and creation around us, Association of Biodiversity Conservation & Research (ABC) is a charitable organization formed in 2017 and Registered in 2018 under Public Charitable trust act with whole hearted dedication for protecting the wild species and natural greenery of the wild spaces through conservation, education and awareness with public engagement.